Wario Land is a series of platform video games by Nintendo. Each game features the anti-hero Wario on a quest to obtain as many coins and treasures as possible while defeating enemies. 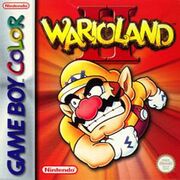 This game introduces transformations for Wario, giving him many new weird and wacky abilities. When Wario eats a cake from a Cook, he becomes Fat Wario. In this state, Wario moves more slowly but can destroy thick blocks and easily defeat enemies. Wario can return to normal by walking for a while or jumping into water.

One of the optional bosses is the Big Kamukamu. It is a giant fish that can swallow Wario whole if he's not careful. 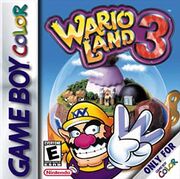 Wario Land 3 is the fourth game in the Wario Land series, released for the Game Boy Color in 2000. After discovering a magic music box, Wario is sucked inside into a new world. After learning that the world's ruler needs help restoring his power, Wario agrees, in exchange for being allowed to keep any treasure he finds.

Wario becomes Fat Wario when he eats a doughnut from a Doughnuteer or an apple from an Appleby.

One of the bosses in this game, Pesce, must be defeated by being fed cheese. When he eats enough, he will sink to the bottom and get stuck in a hole due to his massive size. Pesce also expands if he eats Wario.

Another boss, Helio (sometimes known as Yellow Belly), must be defeated by becoming inflated. Wario can do this by pumping him with air. 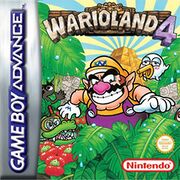 Wario Land 4 is the fifth installment in the Wario Land series, released for the Game Boy Advance in 2001. After learning about the treasure of a Golden Pyramid, Wario goes on a quest inside the Pyramid. Unfortunately, the Pyramid traps Wario, forcing him to go through many strange worlds, collecting treasure along the way.

Wario becomes Fat Wario when he eats an apple from an Ringosukī. 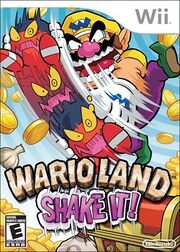 Wario Land: Shake It! is the latest installment of the Wario Land series, released for the Nintendo Wii in 2008. When Captain Syrup sends Wario a magic globe that can transport him into the Shake Dimension, Wario sets out on a quest to find the legendary Bottomless Coin Sack.

One of the minor enemies is the Floating Bandinero, which is a regular blue Bandinero who has inflated himself to float around. Some Floating Bandineros can charge themselves up with electricity, so the player must time their attacks carefully.