The Legend of Zelda (series)

The Legend of Zelda is a fantasy video game series created by Shigeru Miyamoto and Takashi Tezuka for Nintendo in 1986. Being a mix of action, adventure, and puzzle solving, it has become one of the company's best franchises. There have also been spin-offs, manga, and an American animated television series.

The games feature a character named Link, who, in most games, has to become a hero to help Princess Zelda and save the land of Hyrule from the antagonist of the series, Ganon (or Ganondorf). A powerful relic known as the Triforce is also involved. This is more or less the plot for most games. Also, the games take place in different eras, so characters are not the same person, despite having the same name.

The Legend of Zelda (NES) 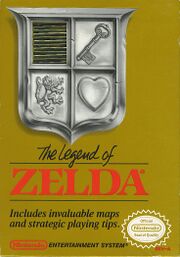 The Legend of Zelda is the first game in the series. In this game, Link must recover the fragments of the Triforce of Wisdom, in order to defeat the Prince of Darkness, Ganon.

The boss of the second Dungeon (Moon), is the Dodongo. To defeat the Dodongo, Link must feed it two bombs. Alternatively, Link can detonate a bomb in front of the Dodongo, stunning it, and allowing Link to kill it with one sword hit. The latter method is preferred, as it saves you one bomb. Dodongos later appear as mini-bosses in later Dungeons.

BS The Legend of Zelda

BS The Legend of Zelda is a non-canon, semi-remake of the original Zelda game. It was only available for a limited time as part of the Japan-exclusive Broadcast Satellaview service. Unlike the other Zelda games, the player does not play as Link, but instead as a nameless boy or girl.

The Dodongo returns as the boss of the second dungeon.

The Legend of Zelda: Link's Awakening 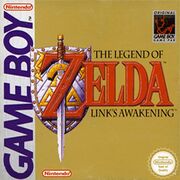 The mini-boss of the third dungeon (Key Cavern) is a pair of Dodongo Snakes. These bosses share the same weakness as their Hylian counterparts: Link must throw a bomb into their mouths. This is the only way to damage these bosses. After three bombs, the Dodongo Snake is defeated. The Dodongo Snakes also appear in the Face Shrine and Turtle Rock dungeons.

Strangely, in the Game Boy Color port, the Dodongo Snakes change color after eating a bomb. 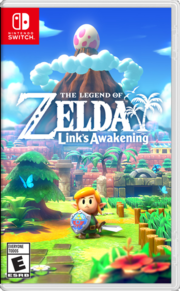 The Legend of Zelda: Link's Awakening is a remake of the original game, released in 2019 for the Nintendo Switch.

The Legend of Zelda: Ocarina of Time

Dodongos appear as uncommon enemies in Dodongo's Cavern. Link can defeat them by throwing a bomb into their open mouths, but this is hard to do. It is easier to circle around the Dodongo and attack its tail.

The Legend of Zelda: Oracle of Seasons 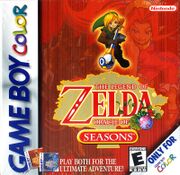 The Legend of Zelda: Oracle of Seasons is one of the two games of the Oracle Series developed by Capcom, released for the Game Boy Color in 2001. In this game, Link is summoned to the land of Holodrum to defeat the evil General Onox.

Dodongo, returning from The Legend of Zelda, is the boss of the second Dungeon, Snake's Remains. To defeat the Dodongo, Link must first feed it a bomb, causing the Dodongo to bloat up. Link must then grab the inflated Dodongo using the Power Bracelet item before Dodongo deflates, and throw him into a pit of spikes. 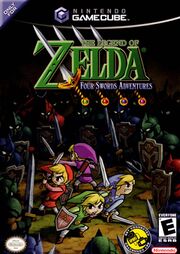 A group of Dodongos appear as the final boss of the Tower of Flames. The only way to defeat them is to have a Link throw a bomb into the Dodongo's mouth before it spits fire, causing it to bloat up. Two Dodongos are fought before the Big Dodongo on the Realm of the Heavens stage.

A Big Dodongo appears as the final boss of the Realm of the Heavens stage. To defeat it, the four Links must grab the Level 2 Bombs from a nearby chest and throw the bombs into Big Dodongos mouth before its fire breath attack. Strangely, the Big Dodongo will never attack facing a northern direction. As such, no rear-facing inflation sprite exists.

The Legend of Zelda: Twilight Princess 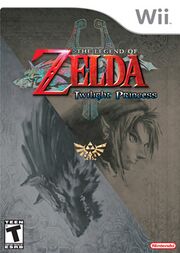 Dodongos appear as uncommon enemies. Unlike previous appearances, which were more dinosaur-like, this appearance resembles a gecko. Link can defeat the Dodongo by feeding it a bomb, though this is hard to do. It is better to attack the Dodongo's tail.

After Zant is defeated, Midna destroys him with a fraction of power from the Fused Shadow.

The Legend of Zelda: Spirit Tracks

In the Snow Temple, you fight a boss known as Fraaz, who possseses both fire and ice. He inflates when you meet him at the start. Once you start battling Fraaz, he will inflate using fire or ice to attack you.

Midway through the battle, Fraaz will split into two smaller forms. These smaller forms also inflate before attacking.

Once he's defeated, he inflates until he bursts.

The Legend of Zelda: A Link Between Worlds

The smooth gem is stolen from Oren, causing her to bloat immensely. She goes back to normal when Link returns the gem.