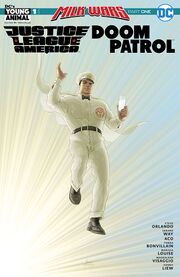 Milk Wars is a 2018 comic book crossover between DC Comics and its imprint Young Animal. It centers around the interdimensional corporation RetCo, which steals stories and remakes them for new markets.