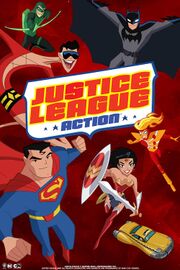 Justice League Action is an american cartoon based on the DC superhero team of the same name.The show debuted on Cartoon Network UK on Nov 26 2016 and premiered in the United States on Cartoon Network on dec 16 2016.It ended on June 3rd 2018