There Was an Old Lady Who Swallowed a Fly

There Was an Old Lady Who Swallowed a Fly, also known as I Know an Old Lady Who Swallowed a Fly among several alternate titles, is a children's song written by Alan Mills and Rose Bonne about an old woman who eats a variety of animals, each one bigger than the last, which catch each other until her death. There are many variations of the story to be found in children's books, most notably the works of Lucille Colandro and Jennifer Ward.

There Was an Old Woman 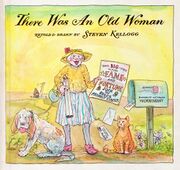 In this retelling by Steven Kellogg published in 1974, the old woman is a wretched narcissist named Rosebud MacMurfanoony who eats the fly after trying to shoot it when her husband, Waldo, wants her to eat a pie. When she feels wriggling in her stomach, Waldo calls the doctor to take care of her, but when she has eaten all the animals the story could tell, and destroyed her own home, she has grown so fat and tall that she gives herself a job as a circus freak.

The Play-a-Sound version of the story, illustrated by Michael Carroll and published in 1993, shows the woman gaining weight while the animals she swallows all appear to have died instantly.

There Was an Old Lady Who Swallowed a Trout 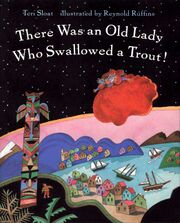 In this version written by Teri Sloat and illustrated by Reynold Ruffins, the old lady eats creatures from the sea and appears noticeably wider every time.

I Know an Old Lady Who Swallowed a Pie 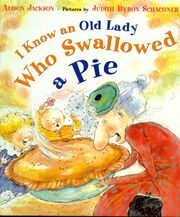 In this version of the story written by Alison Jackson and illustrated by Judy Schachner, the old lady gets fed real thanksgiving food instead of eating animals alive, ending up as a Thanksgiving parade balloon. 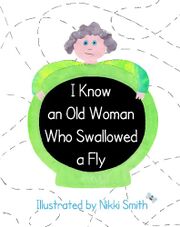 There Was a Coyote Who Swallowed a Flea 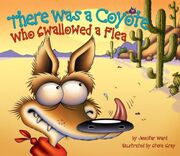 Written by Jennifer Ward and illustrated by Steve Gray, this version of the story revolves around a coyote who starts by eating a flea and proceeds to eat whatever comes close to him in the desert. The animals get used to living inside the coyote's belly and have a fiesta until he swallows a cow.

There Was an Old Monkey Who Swallowed a Frog 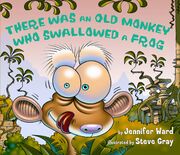 The second part of Jennifer Ward's series of books, the main character is a monkey who eats various jungle animals. Similar to the last book, they have a congo in his belly until he swallows a crocodile, but the animals manage to take care of it by lassoing it when the monkey finishes his meal with a vine.

There Was an Odd Princess Who Swallowed a Pea 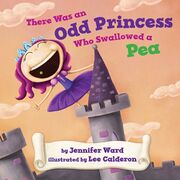 The third part of Jennier Ward's series of books is also the first to not include the artwork of Steve Gray, but graphic artist Lee Calderon, as well as the first to involve a female. The princess is a young girl who eats a pea, but then eats a slipper and continues to eat everything from a crown to a witch and a prince to the entire castle. Her belly is emphasized when she drinks the moat, and she grows taller and taller with everything she consumes.

There Was an Old Pirate Who Swallowed a Fish 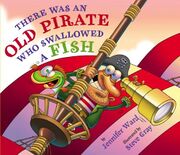 The fourth and latest part in Jennifer Ward's series of books, the title character is a pirate who starts his meal with a fish and then goes as far as to eat his whole ship. The fish and his parrot collect everything that goes into his belly.

There Was a Speech Teacher Who Swallowed Some Dice 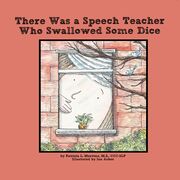 There Was an Old Mummy Who Swallowed a Spider 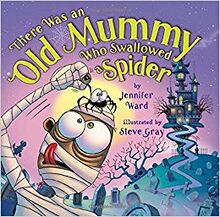 In this Halloween take on the tale by Jennifer Ward once again, a mummy swallows many Halloween-related stuff, his belly noticeably growing as he does so.