Once Upon a Dog 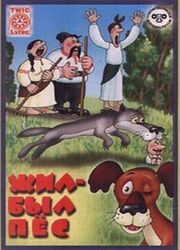 File:There Once Was a Dog(Zhil Bil Pes) English Subtitles
335 px

Once Upon a Dog is a 1983 Russian animated short film directed by Eduard Nazarov, adapted from a Ukranian folk tale about an old dog who befriends a wolf, his longtime enemy.

The dog feeds the wolf food and drinks from the table at a feast, leaving him full and satisfied enough, until they have to escape the house when the people find them under the table.