Mega Man X (known as Rockman X in Japan) is a series of action-platformer games developed by Capcom.

In the year 21XX, Mega Man X, the last creation of the late Dr. Light, is discovered by Dr. Cain. Amazed by X's design, Cain develops a series of robots based on X's design, known as Reploids (Repliroids in Japan). Eventually, some Reploids begin to rebel against their human masters. These rebels are known as Mavericks (Irregulars in Japan). To combat the Maverick threat, an organization of Reploids known as the Maverick Hunters is created. Mega Man X, joined by fellow robot Zero, fight against the Mavericks and their leader, former Maverick Hunter Sigma. 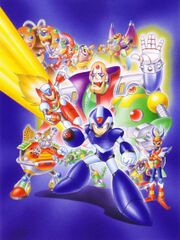 Mega Man X (known as Rockman X in Japan) is the first game in the series. It was originally released for the Super Famicom in 1993.

A rare enemy known as the Gulpfer appears in Launch Octopus's stage. This fish-like mechaniloid will suck in X if he gets too close, swallowing X whole. While inside the Gulpfer, X will slowly take damage. However, X can easily get out by either shooting his way out or jumping repeatedly. Gulpfers reappear in the third stage of Sigma's fortress. 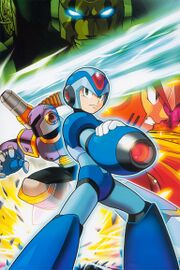 Mega Man Maverick Hunter X (known as Irregular Hunter X in Japan) is a remake of the original game. This remake contains improved graphics and many new features, including a playable Vile (VAVA). It was released for the PlayStation Portable in 2005.

Gulpfers return in their original stages, still with the ability to swallow the player whole.

A new version of the Gulpfer, known as Gulpfer R, appears in Tidal Whale's (Tidal Makkoeen) stage. They behave exactly like their predecessor in the previous games. 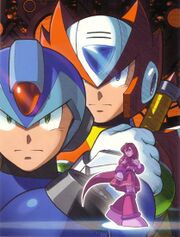 Mega Man Xtreme 2 (Rockman X2: Soul Eraser in Japan) is a portable title, released for the Game Boy Color in 2001. The story takes place between Mega Man X3 and Mega Man X4. Despite having features from Mega Man X - Mega Man X3, the game features an original story and some original bosses.