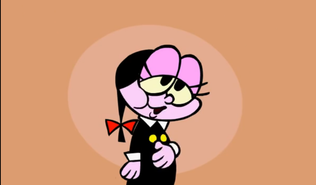 To Anabel's delight, a new candy store opens in the neighborhood. As she enters there she quickly sympathizes with the candy vendor who gives her several candy for free, but she eventually discovers that the candy is a witch who loves to make sweets. 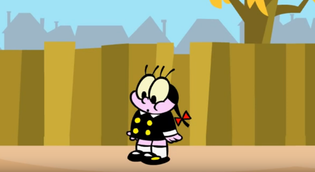