AKB48 is an all-female japanese idol group with a rotating roster of 48 members. The brand has enjoyed several spin-offs in manga and anime. 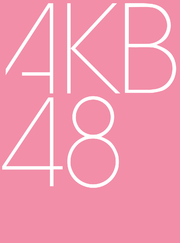 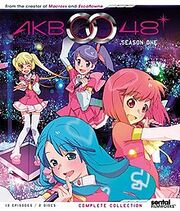 Makoto develops a taste for butter on her rice, then spends a subsequent on-location beach shoot insecure about her weight.

Makoto attempts to strike a pose to make her breasts look bigger but accidentally puffs out her stomach. 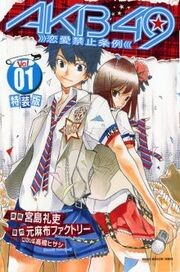 AKB49: Ren'ai Kinshi Jōrei is an official tie-in manga focusing on new band members Minoru Urayama and Hiroko Yoshinaga - one of whom is a boy in disguise.

Minoru (in his 'Minori' disguise) is taken out for curry.