Hitari no Shita: The Outcast 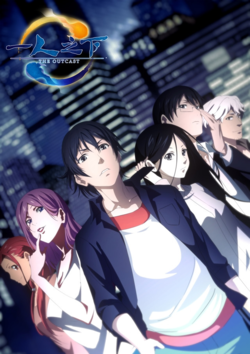 Hitari no Shita: The Outcast

Yi Ren Zhi Xia (一人之下, literally: "Under One Person") with subtitle The Outcast is a Chinese webcomic by Dong Man Tang (Chinese: 动漫堂), illustrated by Mi Er (Chinese: 米二), and published by Tencent. It was been first published under the title name 异人 (Yi Ren, literally: "Weirdo") and with subtitle King of the Weirdo in February 2015.

A collaboration Chinese/Japanese anime television series adaptation titled Hitori no Shita: The Outcast (一人之下, literally: "The Outcast") aired from July 9 to September 24, 2016. A second season began on January 16, 2018, and is simulcast in Chinese and Japanese.

One day, Zhang Chulan is attacked by zombies in a graveyard. In the midst of that situation, he saves the life of a girl, throwing the kitchen knife in his hand in order to kill the enemies. The girl tells Chulan, who is relieved, to face his hardships head on and leaves. However, Chulan later sees that girl again at his university. From that moment, Zhang Chulan's destiny begins to move.

in one match in particular, Feng Baobao (Chinese) or Fū Hōhō (Japanese), began absorbing her opponent's soul into herself by sucking it all in and used herself as a temporary container until the others can come up with a solution, thus inflating her belly in the process.