Boo Balloons appear as rare enemies, only appearing in 2-4 (Bigger Boo's Fort) and 4-3 (Don't Look Back!). They inflate after being hit with one of Yoshi's eggs. After three hits, they explode, yielding a prize of coins. A similarly-named enemy (which also inflates), the Balloon Boo, appears in New Super Mario Bros.

Bigger Boo is the boss of 2-4 (Bigger Boo's Fort). Being a Boo, this boss will become invisible when Yoshi is looking at him. To damage him, Yoshi must ricochet his eggs off of the walls, when facing away from Bigger Boo. Bigger Boo inflates every time he is hit, before he explodes. 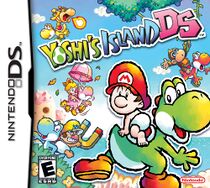 The Gobblin enemy is an uncommon foe, which cannot harm Yoshi. Instead, Gobblins block Yoshi's path. To defeat a Gobblin, Yoshi must feed him six eggs, with the Gobblin growing with each egg eaten. After the sixth egg, the Gobblin will explode, clearing the path. 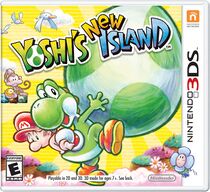 Yoshi's New Island is a video game for the Nintendo 3DS. It is the sequel to Yoshi's Island, for the Super Nintendo. In this game, the Yoshis on Egg Island help Baby Mario reunite with his brother, Baby Luigi, after Baby Luigi is kidnapped by Baby Bowser.

Mega Eggdozers and Metal Eggdozers are features unique to this game. Yoshi can create one by swallowing a Mega Guy or Metal Guy, respectively.

Yoshi also demonstrates this ability in one of the commercials for the game. 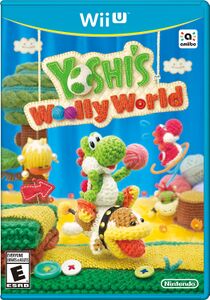 Yoshi's Woolly World is a platformer game released by for the Nintendo Wii U. In this game, Kamek transforms the Yarn Yoshis on Craft Island into Wonder Wool, so Yarn Yoshi must rescue his fellow Yoshis.

Yarn Yoshi bloats up whenever he consumes an enemy and turns them into an egg.

Yarn Yoshi bloats up bigger if he consumes an enemy whilst the player is using the "Make all yarn balls big!" badge.

He can also unravel some of the scenery. 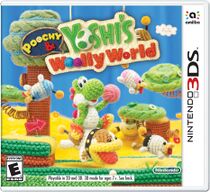 Poochy & Yoshi's Woolly World is a Nintendo 3DS version of the original Wii U game. As a new feature of the game, there are unlockable stop-motion shorts, featuring Yarn Yoshi and Poochy.

In the "Snooze Glutton" short, Yarn Yoshi ends up eating his noisy alarm clock, which continues to ring inside him.

In the "Watermelon Munch" short, Yarn Yoshi stuffs himself by eating an entire watermelon slice, before spitting out the seeds. 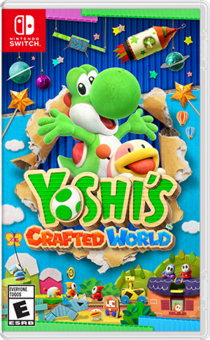 Yoshi's Crafted World was released for the Nintendo Switch in 2019, and developed by Good-Feel.

Like Yoshi's Woolly World, Yoshi bloats up whenever he consumes an enemy. (More details to come when the game releases)