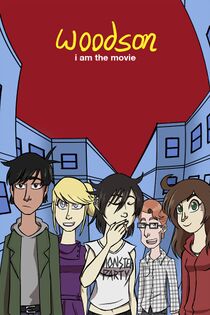 Woodson is a webcomic created by Brendan Nicholas and Siobhan Covill, having gone up in 2012. Inspired by the 1990s, it follows the lives of a group of friends living in the fictional town of Woodson.

Mimi has gained weight since she and Rock started dating, and she worries that he prefers larger women. She and Ariel also sneak snacks during their workout, which Mona calls them out on.

Take Me Out to the Ballgame (Chapter 9)[edit]

Mimi eats all the ice cream that Rock and Simon bought.

Ariel overindulges in crepes made by basketball star Charles Barkley.

Mimi enters a pie-eating contest, but loses to Chugs McPugs.