The WarioWare series (known as Made in Wario in Japan) is a series of spin-off video games starring Wario, the anti-hero from the Mario series created by Nintendo. The premise of the series is that Wario, in his quest for infinite riches, creates his own video game company, WarioWare Inc., where he hires his friends (unpaid, of course) to create "microgames" to sell for high prices. 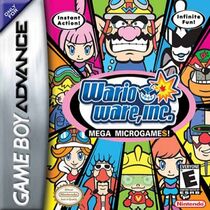 WarioWare, Inc.: Mega Microgame$ was released for the Game Boy Advance in 2003 and served as the first installment of the franchise.

The object of the microgame is to cover Wario's bloated belly with his tight shirt without causing it to rip from pulling too hard. 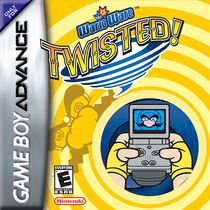 WarioWare: Twisted! was released for the Game Boy Advance in 2004. The game's cartridge contains a tilt sensor, which is used for the game's main gimmick: twisting.

Wario has become extremely overweight in this microgame, requiring the player to twist the system until he slims down to a certain size. 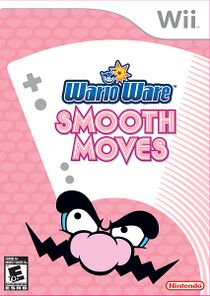 WarioWare: Smooth Moves was released for the Nintendo Wii in 2007. The microgames featured in this game make use of the various movement capabilities of the Wii Remote controller.

On the third level of difficulty, the patient is much fatter than before. 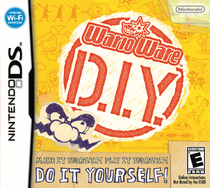 WarioWare: D.I.Y. was released on the Nintendo DS in 2010. In addition to having microgames created by the staff at Nintendo, the game's primary features allowed players to create their own microgames by drawing backgrounds and sprites, composing music, and programing AI.

The objective of the microgame is to help a boy eat a giant rice ball.

The player must guide Wario down to the treasure chest at the ocean floor, but running into one of the two sharks causes them to eat him and fail the microgame.

Wario must deflect missiles coming toward him by expanding his belly. 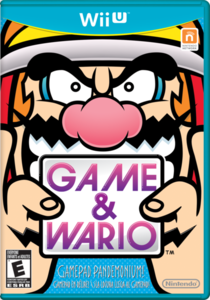 Game & Wario was released for the Nintendo Wii U in 2013. Shying away from the standard formula of microgame-based gameplay, Game & Wario instead consists of several different kinds of games that make use the Wii U GamePad's functionality.

One of the microgames in "GAMER" involves rolling pizza dough with a rolling pin until it's a certain size. On the third level of difficulty, instead of pizza dough, the rolling pin must stretch out a chubby girl until she's tall and slim. There's also the possibility that she instead becomes muscular. 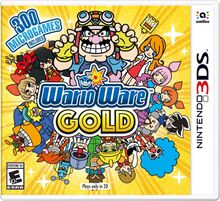 WarioWare Gold was released for the Nintendo 3DS in 2018. It features over 300 microgames, most of which return from previous WarioWare titles with some original microgames thrown in as well.

During Kat & Ana's story in the Touch League, the twins believe they are applying for their ninja learner's permits by eating all the food prepared by Ms. Munchly. After successfully completing one of their microgames, the two briefly appeared stuffed before moving on to the next.

During one of Wario's microgames introducing the Touch League, the player must swirl the cream artwork in a cup of coffee until it disappears, revealing a tiny Wario inside the cup that drank the whole thing.

In one of Kat & Ana's microgames the player must close out windows on a computer screen. During stage one of this game, after closing out the windows, there is an image of a very stuffed bunny.

One of Dr. Crygor's microgames is a variation of "Wario Weigh-In" from WarioWare: Twisted that features a generic man instead of Wario. On each level of difficulty he appears fatter than before.

"Bedside Manners" returns from Warioware: Smooth Moves as one of Wario Deluxe's microgames with Wario himself as the patient appearing skinny on the first level of difficulty, overweight on the second, and overly buff on the third.

"Down & Outie" returns from WarioWare, Inc.: Mega Microgame$ as one of Wario Deluxe's microgames. Like the original, the player must cover Wario's belly with his tight shirt without pulling too hard and ripping it. In this version of the microgame, Wario actually appears muscular on the second stage of difficulty and then much fatter on the third stage.