Trolls: The Beat Goes On 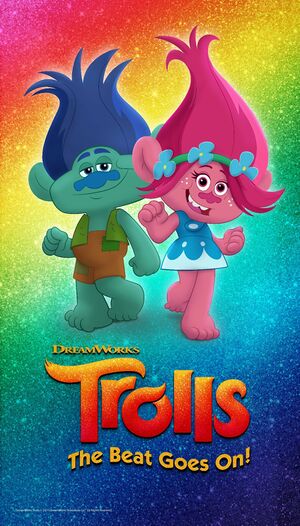 Trolls: The Beat Goes On is a 2018 Netflix animated series based on the film Trolls

When Branch drops a water balloon on Smidge by accident, she decides to prank all the trolls and one of the trolls she pranks is Cooper

When the trolls enjoy a food that only appears one day a year, a nameless background troll appears to have overindulged