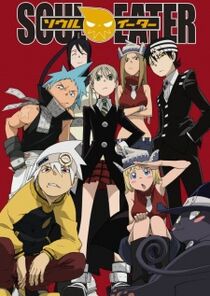 Soul Eater is an anime based on the magna series of the same name written and illustrated by Atsushi Okubo. The anime ran from April 2008 to March 2009. The series follows groups of teams at Death Weapon Meister Academy, which consist of at least one weapon master as well as a weapon that is capable of taking on a humanoid form. Their goal is to form a weapon fit to become a death scythe for the academy's headmaster, who is the personification of death itself. To do so, 99 evil human souls and one witch soul must be obtained.