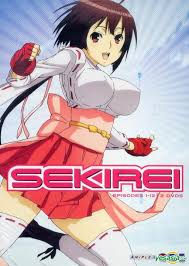 Sekirei is an anime TV series based on the manga of the same name originally written by Sakurako Gokurakuin and published by Square Enix. The first adaptation was produced by Seven Arcs and briefly ran from July 2008 to the following September, and a second series produced under the name Sekirei: Pure Engagement was released from July 2010 to September of the same year.

Following the premise of the manga, in the year 2020, a young man named Minato Sahashi encounters several genetically modified women known as “Sekirei” whose bonds with him allow him to utilize their powers in battles with other Sekirei in an overarching competition known as the "Sekirei Plan”.