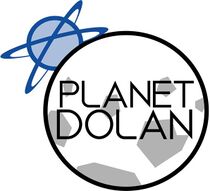 Planet Dolan is a web series run by Daniel James Johnson, a.k.a. Danger Dolan. Originally focused on countdown videos by animated characters, it grew into a company comprised of multiple people across the world. There is also Super Planet Dolan, featuring Q&As and music videos.

A young Pringle was said to have been in love with a popular redhead, who apparently had a nasty reputation, and hurt him on Valentine's Day. the redhead ended up fat after graduation.

Worst Things Bullies Did To Us #3[edit]

Pandora was revealed to be chubby when she went to school, and her bullies took pictures of her in only her underwear when she was changing into her gym uniform. She finds multiple pictures taped all over the school the next day. But luckily, this took place around the end of the year.

Crazy Things Our Boss Asked Us To Do #2[edit]

Because Pringle's boss (played by Shima) hated wasting food, she wanted him to finish any leftovers a customer left on their plate. This continued shift after shift, causing him to gain weight until he decided to quit his job.

Craziest Things Our Partners Have Done[edit]

Is a Fly with No Wings a WALK?[edit]

When You Lose Weight, Where Does It Go?[edit]

Why Does A Round Pizza Come In A Square Box?[edit]

If Knees Were Backwards, What Would Chairs Look Like?[edit]

What Would Happen If There Were No Air For 5 Seconds?[edit]

What Would Happen If Every Nuke Exploded At Once?[edit]

What Would Happen If Wind Suddenly STOPPED?[edit]

What If Earth Fell Into A Black Hole?[edit]

Can Humans Survive Eating Nothing But INSECTS?[edit]

What If The Whole Internet Did A Factory Reset?[edit]

Why Do Our Eyelids Twitch Randomly?[edit]

Could The Internet Run Out Of Space?[edit]

Can You Be Allergic To PEOPLE?[edit]