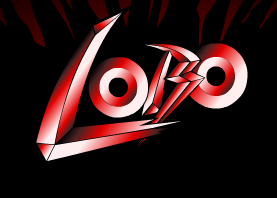 Lobo is an animated webseries made with Flash. It stars Lobo, who looks similarly to how he appeared in Superman: The Animated Series. The series is possibly part of the DC Animated Universe, but it is much more crude and violent. It was hosted on www.loboonline.com, which is no longer available.

Lobo attempts to capture the criminal Mudboy, to pay off his debts and recover his hog. His tracker leads him to a snake-like alien, with no sign of Mudboy. At first, the snake is seen in a fast food restaurant, and is later tracked to a mall. It is later revealed that the snake ate Mudboy.

In the final episode of the series, Lobo manages to make the snake cough up Mudboy, and later claim his bounty.