Kyōran Kazoku Nikki is a light-novel series by Akira, which was adapted into an Anime in 2008. It focuses on the life of the Midarezaki family, with "mother" Kyoka and "father" Oka, which was created by the Great 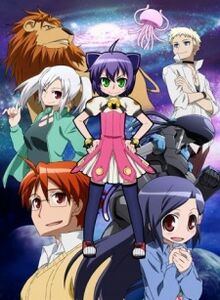 Japanese Empire Paranormal Phenomena Bureau of Measures during the "Operation Cozy Family". Its supposed to prevent the possible candidates for the child of the god of destruction, who are the kids in the family, to destroy the world, as was said by him during his death a thousand years ago.

While Kyoka is planning her wedding with Oka, she orders a lot of wedding cakes and food, and proceeds to eat most of it up, particularly the cakes. While she gains a large, stuffed belly from it, she still wants to try some sushi, but is stopped by her "son" Ginka.