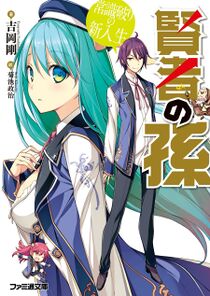 Kenja no Mago is a light novel series by Tsuyoshi Yoshioka as writer and Seiji Kikuchi as illustrator. It later received a manga adaptation in 2016 with Shunsuke Ogata as illustrator. An anime adaptation is set to air April 2019. The series follows Shin Walford, who lives in a world of magic. He was adopted as a baby by Merlin Walford, also known as the Magi. Learning from him, and having memories of his past life, Shin developed his own magic. While he is powerful, he lacks understanding of the world. To keep him and the world safe, he is enrolled in a magic academy.