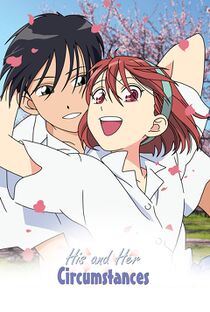 Kare Kano (also known as His and Her Circumstances) is a manga series created by Masami Tsuda. It was adapted into an anime, which was cut short due to creative differences. The story follows Yukino Miyazawa, a high school freshman who gives off the air of perfection. In truth, this is a façade she uses to get praise. Soichiro Arima also appears to be perfect, being seen as a threat by Yukino. After he learns her secret, she learns that he is similar, and the two develop a romance and decide to just be themselves.

Yukino gets into fights with Hideaki Asaba. One of the things she does is take his beverage and drink it right in front of him.