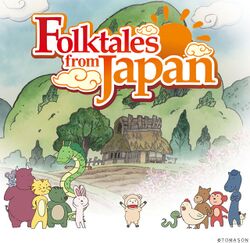 A lazy man dreams of a house where he can eat as much food as he wants without ever having to work or pay for it. He gains weight from the excessive eating and after discovering the owner of the house plans to render his fat by dangling him over a fire, attempts to escape.

The episode tells a collection of short stories about a renowned and cunning trickster named Kicchomu. The first of which is when, as a kid, he was asked by a man to watch his persimmon tree incase other children showed up to eat from it. Kicchomu cleverly finds a loophole in that the man didn’t say anything about preventing children from eating the persimmons.