The Donkey Kong series is a series of platformer video games created by Nintendo. The series stars Donkey Kong, who is the descendant of the original Donkey Kong from the original arcade game (now known as Cranky Kong). The series has been handled by different developers, such as Rareware and Retro Studios. 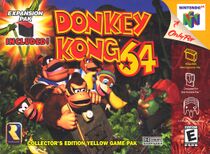 Lanky Kong can purchase an ability called the Baboon Balloon from Cranky Kong. If Lanky stands on an ability pad, he can inflate himself to reach high locations. The player can press the Z button to end this effect early. Lanky Kong demonstrates this ability in the intro DK Rap. 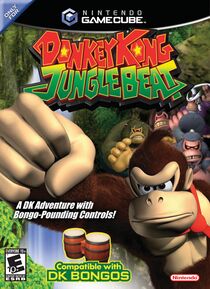 Puchigaerus are rare frog-like enemies that only appear on the Jungle Deeps and Clock Tower levels. If Donkey Kong uses his clap attack on them, they will inflate. 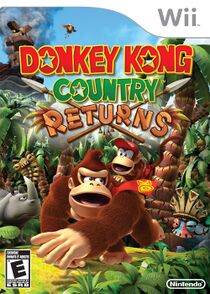 The Frogoons are frog-like enemies that will inflate when they hop around. If Donkey Kong jumps on them, they will inflate, then deflate like a balloon, flying off-screen. Frogoons also appear as obstacles in Mario Kart 7 and Mario Kart 8 (Deluxe), though they do not inflate in these games.