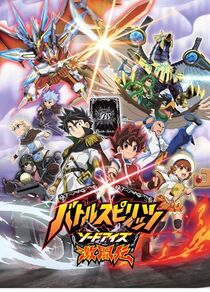 Tsurugi eats several grains of Hagakure’s ninja ball, not realizing that each one contains a full meal which causes him to wind up temporarily bloated before inexplicably deflating.